The Difference Between Raster & Vector Artwork In Printing

More often than not we'll receive a call for printing of overnight trade show graphics or something similar that needs to be delivered right away. Next day turnaround is typically not an issue. However, now and then we will receive low resolution artwork for rush jobs where time to make corrections is limited.

In this article I will go over the differences between printing large format graphics using scalable high resolution vector artwork versus printing of raster or bit-mapped images. Topics will include printing of large format raster images such as large format photography and other pixel based artwork.


What's the Difference Between Vector & Raster / Pixel Based Graphics?

The easiest way to explain the difference would be; vector graphics are made up of points, whereas rasterized artwork is made up of pixels. Vector based artwork uses geometric mathematical expressions that are often called points, lines, strokes or paths. All that really means is the physical components of vector based artwork are mathematically calculable. Meaning, you can resize a vector based graphic to any size you like without loosing image quality because the distance between the points,lines,strokes and paths are relative to each other.

What are Raster / Bitmapped Graphics?

Raster / Pixel based graphics are most often photographic elements of artwork used in the design of commercially printed marketing materials. Rasterized artwork is usually a photograph; which is really just a giant mass of different colored pixels. When you view the image extremely close you'll be able to see the pixels which are blocky and noticeable. 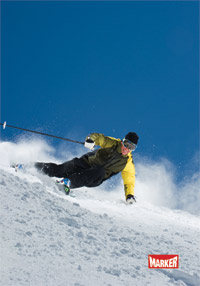 However, when viewing pixels from a reasonable distance, such as 4 to 5 feet in front of a digitally printed photograph; the small pixels coalesce and become individually indistinguishable and what you see is the big picture, which is sharp and clear. That effect is only possible because high resolution photography can capture many thousands of pixels per square inch. However, if we were using a photograph in our design that was captured using a low resolution 3 mega pixel camera, for example; the resulting image when printed on a larger format 24 x 36" poster would look blurry & pixilated. Today's portable cameras can capture between 10 to 18 mega pixels per photo. What that means is your camera is capturing more image information in every photo as compared to the antiquated 3 megapixal camera mentioned earlier. This will increase the photo's physical file size but allows it to be printed much larger sizes. How your images are captured is something to keep in mind whenever you are designing artwork intended for commercial printing.


Why Can't I Just Enlarge My Photos?

Pixels are finite in size, they cannot be enlarged or stretched like vectorized graphics without loosing image quality. So simply enlarging or "blowing up" a rasterized / pixel based graphic or photo is called interpolating. Interpolation (also called resampling) simply means that you are enlarging or stretching the pixels of an image. Unfortunately we cannot create new image information simply by making it larger and the overall printed image quality will suffer as a result. 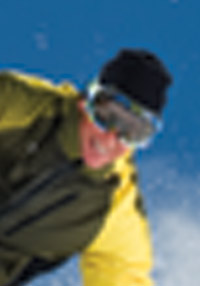 As the number of megapixels in cameras increase, the maximum size of the photo increases because we now have many more pixels to display within a given area. This allows higher megapixel / resolution images to be printed at much larger sizes. This is why it's so important when using rasterized / bit-mapped images in your design to make sure you are using high resolution photos that were captured using a good camera. Otherwise, the printed results will look blurry and pixilated as in the example above.